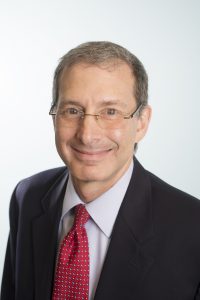 Dr. Medved’s aspiration to become a doctor dates back to his teenage years, combining his interests in human biology with his desire to serve the community and improve people’s health and well-being. After completing a BS degree in Biology at the University at Albany (SUNY), he attended medical school at New York University (NYU) School of Medicine, earning his MD degree in 1983. He completed an internship and full internal medicine residency at Rochester General Hospital. His interest in neurology was kindled during those years. While a medical resident, he became a member of a research team from the University of Rochester Medical Center Department of Neurology, traveling to a remote village in northern Alberta, and later to Saskatchewan, to study an extended Mennonite family with multiple members afflicted with Tourette Syndrome.  The purpose of the study was to perform DNA linkage analysis with the goal of finding the gene for Tourette Syndrome. This research, which lead to a number of papers on which he is a co-author, was eventually published in peer reviewed neurological journals. This rewarding experience, among other factors, inspired him to pursue a career in neurology. He subsequently completed his neurology residency training at the University of Rochester Medical Center-Strong Memorial Hospital, serving as Chief Resident during his final year.

Since 1989, Dr. Medved has been in private practice as a general neurologist in the Rochester area, seeing adults and adolescents. He diagnoses and treats people with a variety of neurological conditions. A significant part of his practice is the performance of EMG/NCV studies to diagnose peripheral neuropathies and nerve entrapment syndromes (such as Carpal Tunnel Syndrome, ulnar nerve impingement, Tarsal Tunnel Syndrome, and radiculopathies). He also performs injections of botulinum toxin (Botox) for the treatment of chronic migraine headaches.  In 2011, he opened our in-office infusion suite for the administration of intravenous medication for the treatment of MS, acute migraine headaches, as well as for other neurological and non-neurological conditions. For several years, Dr. Medved has given numerous talks to local community groups on a variety of topics including MS, migraine headaches and stroke. He also serves as an independent medical examiner and expert witness in legal cases.

Dr. Medved is committed to practicing evidenced-based medicine, and within that framework, arriving at an accurate diagnosis with recommendations for appropriate treatment.  He firmly believes the doctor-patient relationship to be a partnership with mutual benefits and responsibilities. Moreover, he values his connections with the referring doctors and practitioners who entrust their patients to his care.

Dr. Medved’s passions outside of medicine include downhill skiing, running, canoeing, cycling and traveling. He especially enjoys spending time with his wife, Jill, as well as his adult “children” (Matt and Robyn) at every opportunity!